Yes, I admit it. I’ve been on a cupcake kick lately! Cupcakes are just so much fun, and I love that they are just one serving, so perfect for an after-school snack or dessert! I’ll be attending the Monkey Kingdom Event next week in Orlando with 24 other bloggers, so I thought the timing for Monkey cupcakes was perfect! 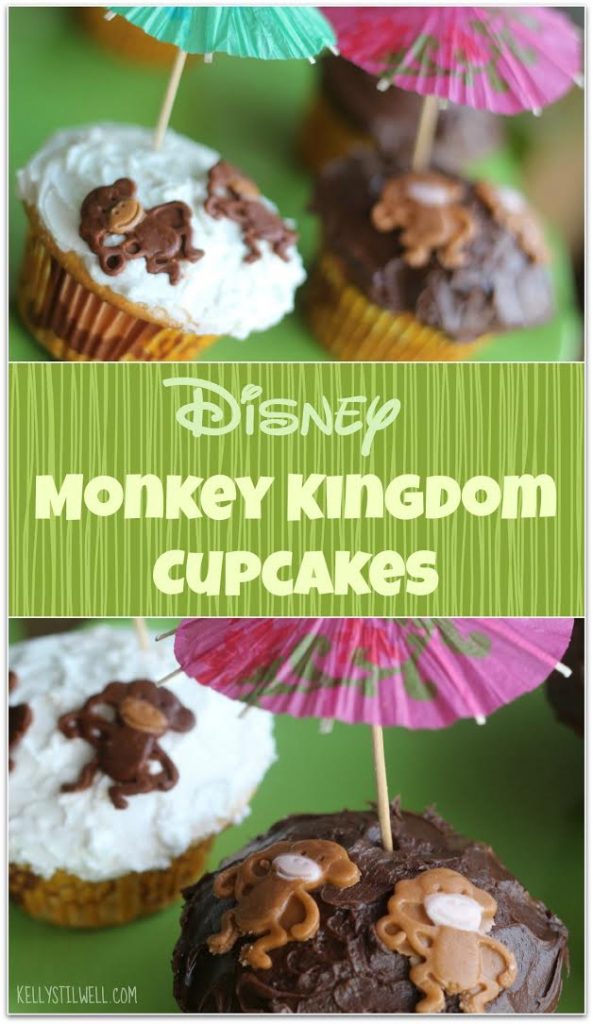 I found a mold at Michael’s with these cute little monkeys on it, so tried my hand at fondant. It’s really easier than I thought! I bought a pack of fondant in different skin colors and used two colors for the monkeys. Didn’t they turn out cute? Michael’s also had a kit on sale with paper monkey toppers and cupcake liners, so I had to grab that, too! These Monkey Business cupcake liners at Amazon are pretty cute, too!